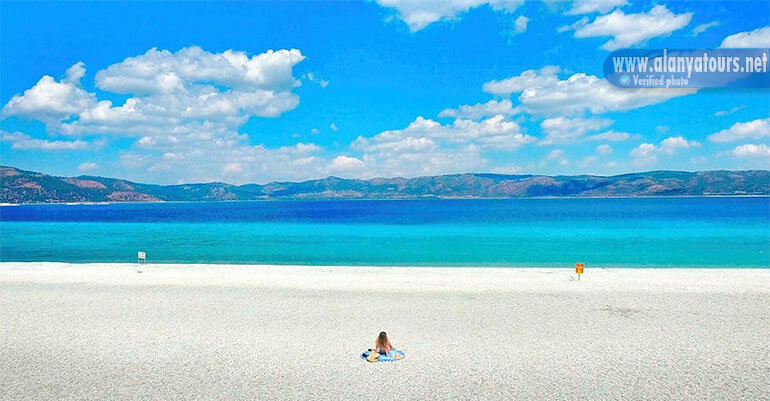 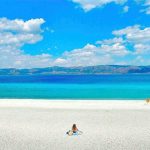 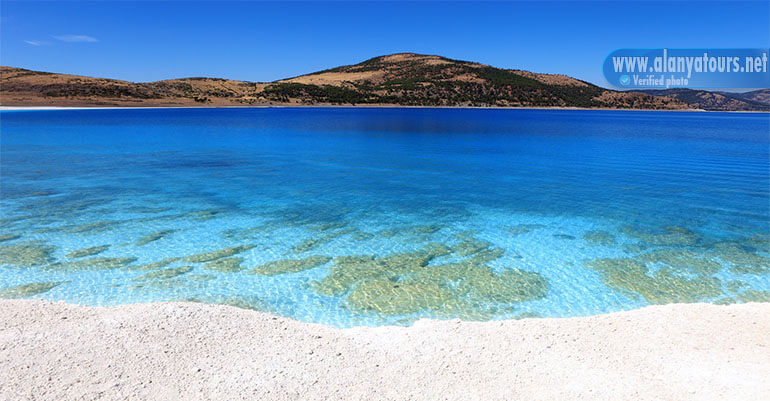 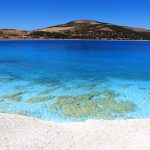 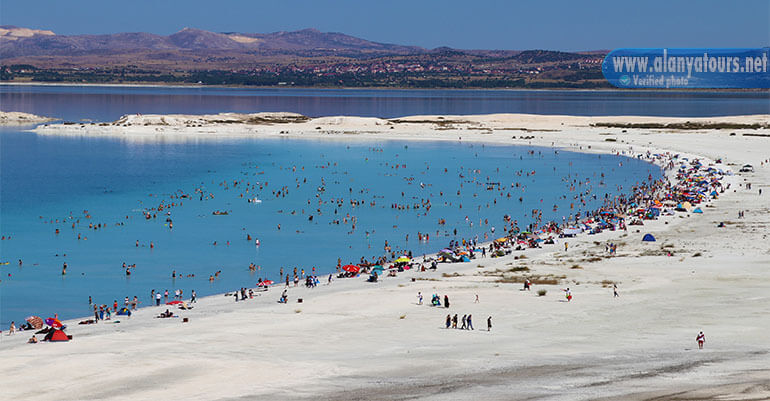 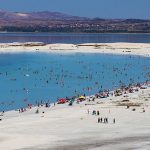 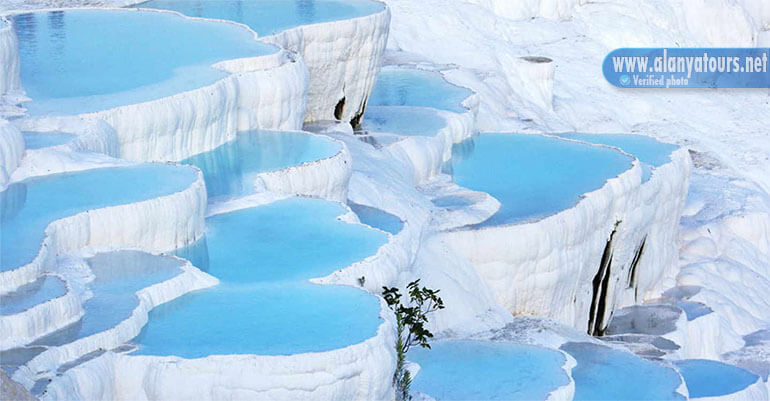 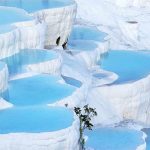 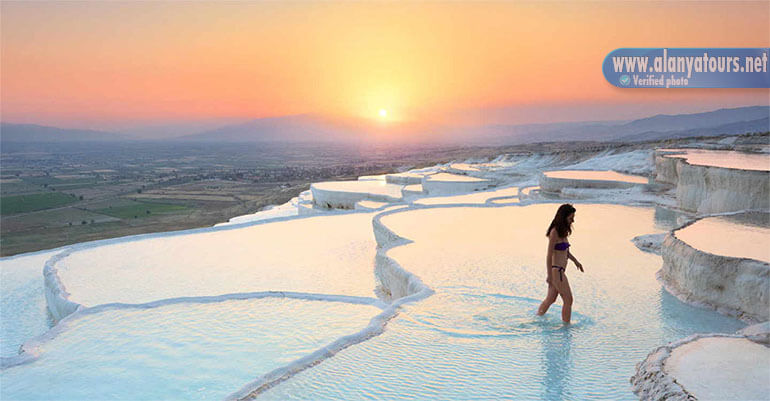 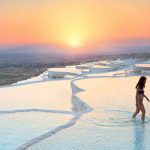 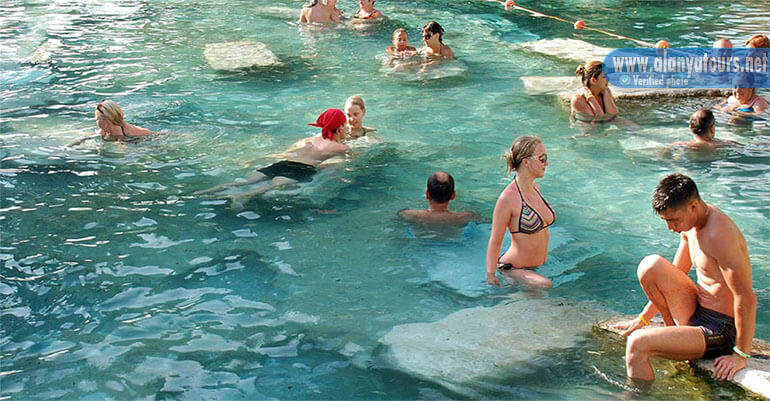 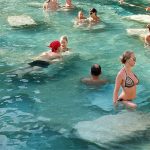 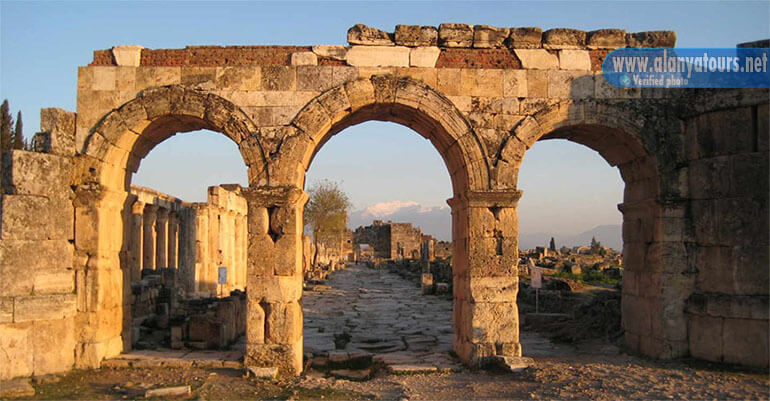 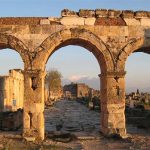 Explore Turkey’s two natural beauties in a day, which is a country that is featured by its natural beauty. With its clean and untouched nature, visit the Salda Lake which is also called Turkey’s Maldives. Then will be proceeded to Pamukkale, which has a name with the heritage of UNESCO.

Travel begins in the early morning. First break will be at our breakfast saloon which is in our route. Open buffet Turk breakfast will be made in a local restaurant. After that, travel to Salda Lake begins. Salda Lake is hedged around with White Magnesium rocks which also can be found on Mars. With its Magnesium rocks and pure clear water, the lake is known as Turkey’s Maldives. In the 1 hour break that will be given here, those who want to swim can swim or they can take a walk on the beach with snow-white sand.

After the break we will have in Salda Lake, travel to Pamukkale begins. On the road, we will stop for an open buffet lunch at a local restaurant again. There will be a 3-hour break in Pamukkale. You can swim in thermal waters and those who want to can get a photo on snow-white travertines. Also, you can swim in the Cleopatra Pool which is just behind travertines and you can explore Hierapolis, which is one of the biggest amphitheaters in the region.

Hierapolis is an ancient Roman city that used to be a trade center for many years. Turkey’s largest necropolis is located here.

After Pamukkale, a last break at Karahayıt is given for a swim in the thermal pool and then the return journey is started. There is a last meal break in the evening. Dinner is served as an open buffet. Around 22:00, we will return you to your hotel in Alanya.